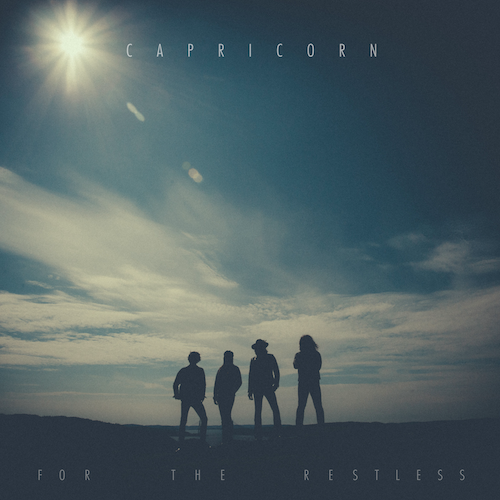 Capricorn - For The Restless

Swedish rockers Capricorn unleashes their first single "The Searcher" from the upcoming album "For The Restless".
Doffe Ekberg (lead singer) comments on the single:
- It was the last song to be recorded for the album, we had another one in mind but I had a very simple version of The Searcher demoed on my phone. We learned it and recorded it in a couple of hours. It felt amazing, a magic moment for sure.

Capricorn is back with their second full-length album, For The Restless, offering the listener 10 tracks of burning rock 'n´ roll. Singer and guitarist Kristoffer Ekberg, bassist Pontus Blom and guitarist Peter Söderberg with a new drummer; Tomas Eriksson from Imperial State Electric and Captain Murphy.
Capricorn was founded in 2015 by Kristoffer Ekberg, who was nominated for "Stämskruven", an award given in memory of Robert "Strängen" Dahlqvist. Both Kristoffer and bassist Pontus Blom played on Strängen's record "Rock På Svenska" and played on the Strängen tribute gigs at Debaser and Sweden Rock Festival!

The band comments:
- It feels amazing to release this record on Wild Kingdom / Sound Pollution, a label with at lot of great albums under their belt throughout the years. It is a big honor to be a part of their legacy!