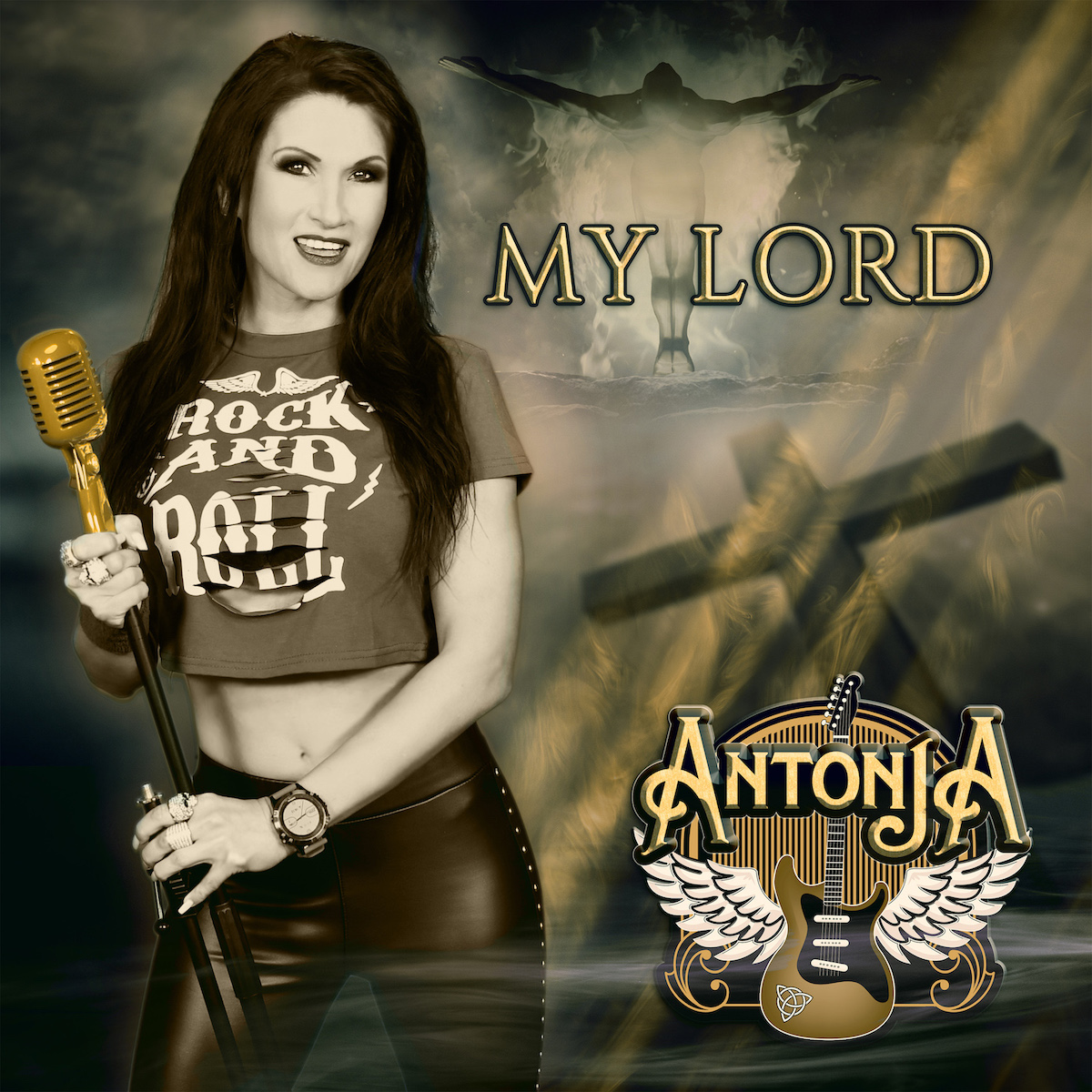 Antonja releases her fifth rock single titled "My Lord". The release is worldwide on 14.10.2022. The singer explains, "It's always exciting for me how some songs are created, how each one of them has its origin and then becomes a story, even a project, through creative and also real thoughts.'' That's how it was with "My Lord."

Antonja was working with her musicians on her rock album. After a long, creative and crazy day, they sat together on the studio terrace and watched a beautiful sunset. Impressed by this extraordinary light atmosphere, Antonja said aloud the words "Oh my God, let me shine". In that moment the song "My Lord" was born.

After that, more ideas flowed in creative collaboration with her producer. "My Lord" is all about life, right or wrong, yes you can be crazy and should have fun. Dark thoughts are ok too, but always stay on the right side. Lyrics flow into this 152 BPM fast power track with fat guitars, like "See my fire burn, lost my dreams in darkness, I'm always on the right side, always on your way, come on let me shining...give it to me, oh what I'm crazy". These and some other lines give a special expression to the new rock song "My Lord" by Antonja.
The elaborate production of a film-ready music video continued the creative path of "My Lord". Antonja was inspired by a nightmare in which she herself was completely impoverished and homeless. Antonja: "It was my own existential fear that often haunted me, to lose everything at some point, plus the daily images from news or when you stroll through the city and you become more and more aware of the social ills that certainly led to this dream."

This gave rise to the idea and the script for the new music video together with their producer Peter Schutti. "Using rock music to draw attention to social ills."
And so the music video is also the starting signal for a charity idea of helping bikers, the "Help Angels" with Antonja as the figurehead. In the music video, this idea is already presented cinematically, with over 50 people on the set, this major production by Georgiew Film from Germany was realized at a high international level.
Antonja would like to inspire many more bikers in the future to support her in her charity project under the name "Help Angel" to help homeless people, together to alleviate the gap between rich and poor a little. The music video was shot in her adopted home of Mallorca, in and around the Mallorcan restaurant "Es Cruce". Antonja was particularly pleased about the great support of the locals, even during the preparations for the video shoot and about the participation and support of all bikers of the "HOG" (Harley Owners Group) PM Mallorca Chapter.
Antonja also again announces her planned rock album, which is now definitely scheduled for release in 2023. On Facebook, she explained to her fans: "I kept thinking for the last few months that my rock album was finished.'' But every time we were in the studio to rework some details or mix a song that was actually almost finished, new music was created again. I feel very creative right now, and so does my team. I feel like that's the way it has to be right now, and I'm extremely happy with this whole development and I want to take this creative time as well. But 2023 is the time, then my album will come and I will be back on stage for you with my band."

After her singles, "What a Night", "Burnout" and "Shutdown", Antonja now continues to pave her way to her first rock album with "My Lord" through creative freedom.