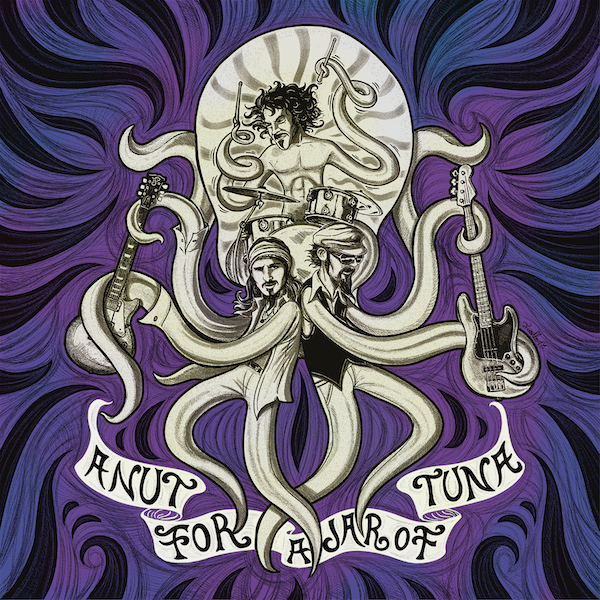 OCTOPUSS - A Nut For A Jar Of Tuna

"A NUT FOR A JAR OF TUNA" is the new single from OCTOPUSS. The song anticipates the self-titled album to be released in Europe on May 20th 2022. After having played more than a thousand shows in Europe, North America and Asia, and opened for international icons such as Deep Purple and Scorpions, and after becoming one of the most important European bands in Chinese territory, with ten tours and hundreds of concerts held in China, the Italian trio returns with this work where everything has begun.

The album, whose title is a brilliant palindrome line, has been recorded in one of the most famous studios in America, with a world-class production: the SHANGRI-LA Studios in Malibu, California, the legendary recording studios owned by Bob Dylan & The Band, and now by Rick Rubin, definitely represent a milestone of Rock music's history and has a peerless list of artists recorded such as Eric Clapton, Keith Richards, Crosby, Stills & Nash, Mark Knopfler, Black Sabbath, Carlos Santana, ZZ Top, Metallica, U2, Red Hot Chili Peppers, Muse, Lady Gaga, Eminem, Ed Sheeran, Adele...

The album, produced and mixed with multiplatinum British producer Gary Miller (David Bowie, Simply Red, Slash & Fergie, Lionel Richie, Donna Summer, ...), with the collaboration of Beej Chaney and Eric Lynn (sound engineer - among the others, on Ed Sheeran's, Metallica's, Eminem's, Neil Young's albums, ...), in which the classic "power trio" line-up of guitar, bass and drums produces a captivating modern but yet vintage style, sounds like a blending that sits somewhere between Red Hot Chili Peppers and The Jimi Hendrix Experience, with a hint of "Motown" sound too, mixed together with some influences from icons as The Beatles and even Frank Zappa. The lyrics are all written in English, except for the cover of famous Italian hit "Eri Piccola Così !", written by Fred Buscaglione, whose lyrics are in Italian: the band will release this tune as bonus track in the vinyl version of the album only.