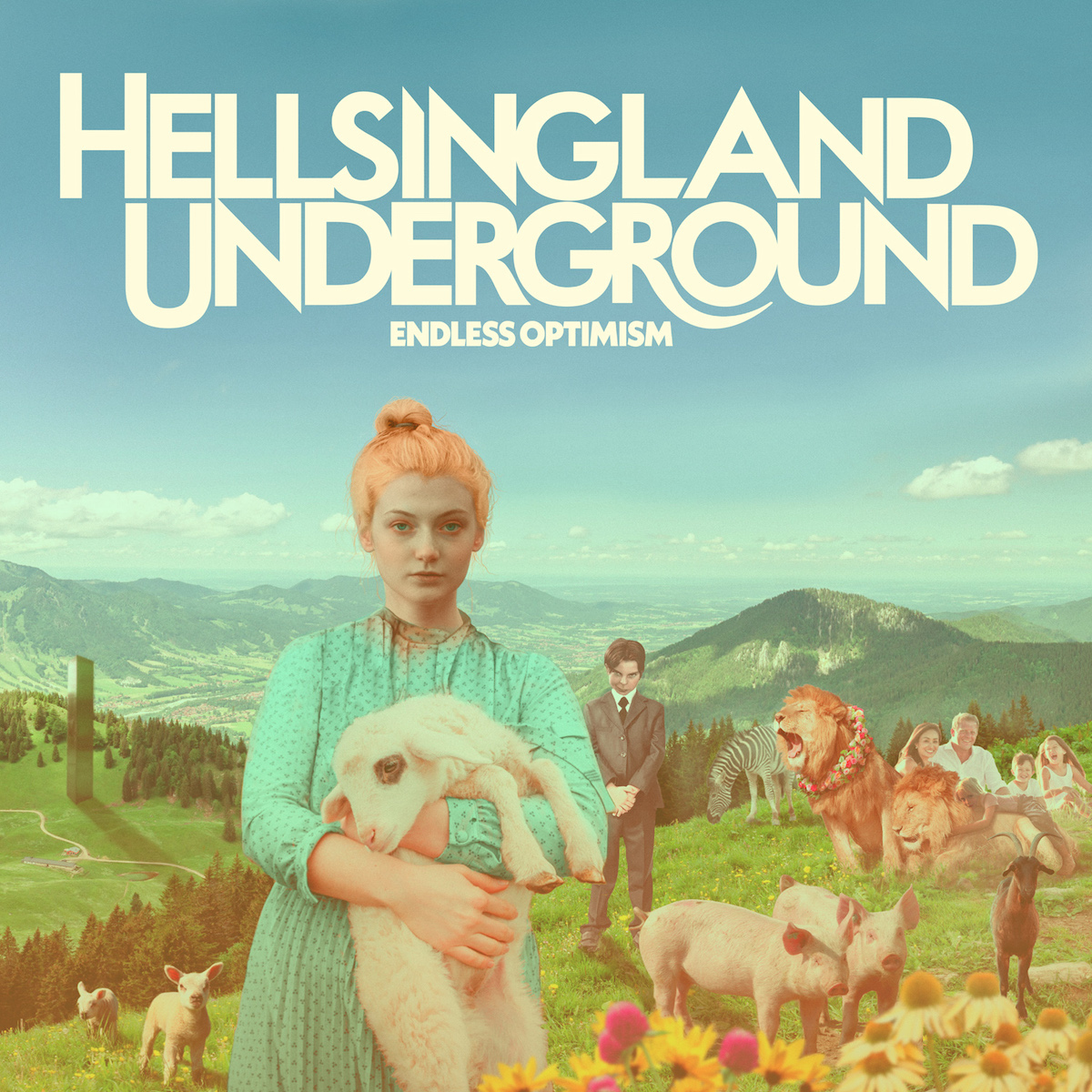 Hellsingland Underground - It Started with a Teardrop

Hellsingland Underground, the wayward six-man band from Ljusnan's valley is back with the new single "It Started with a Teardrop", taken from the full-length "Endless Optimism". Their sixth album since the start in 2006.

After several tours cancelled due to the pandemic, the rock band bought their own studio located, at a sawmill between Ljusdal and Järvsö.

"It has always been a boy's dream to own my own studio and be able to record as much as I want when I want," says guitarist Peter Henriksson. "We call it Hellquarters and it functions both as a studio, a warehouse and a place that is just really nice to hang out at. We moved in there for 12 days when we laid the foundation for the slab. We lived in a bubble with no contact with the outside world, which was very good for the result".

On "Endless Optimism" and perhaps above all on "It Started with a Teardrop", the band continues to describe the world of their time, both from a northern small-town perspective and the world at large.

"We just obey the music, in which direction the music wants to take us," says singer Charlie Granberg. "The previous record was more spacious and experimental, featured more keyboards and less guitars, which divided the fans into two camps. Some loved it, others hated it. We loved the reaction - people shouldn't be able to paint us into a corner. Then you get stuck. We are always moving forward into unknown territory."