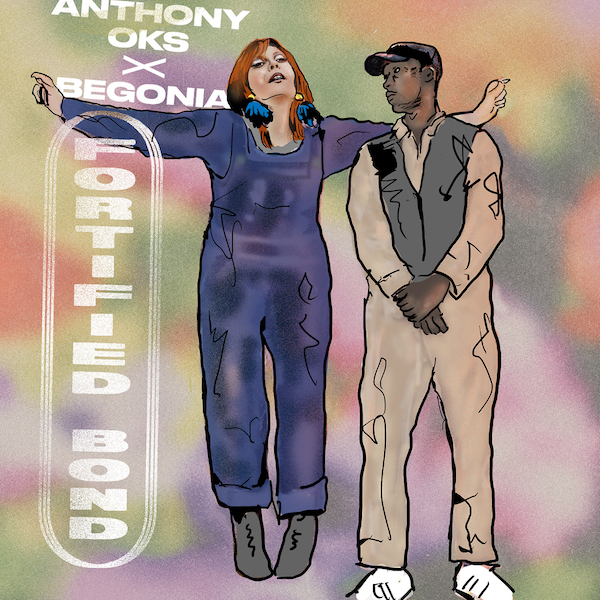 Canadian hip-hop emcee Anthony OKS releases "Fortified Bond," a new single featuring acclaimed pop singer Begonia on the hook. Blurring the lines between hip-hop, R&B, and pop, the track emphasizes the importance of commitment, staying connected while you're apart, and believing in your relationship even when times are tricky.

"I wrote this song on tour a few years back, but at first it was just a bunch of random lines about how much I missed my partner, but then I started to think more about how time apart here and there makes us work harder to be together," says Anthony OKS (pronounced Oh-Kay-Ess). It really all hit home when she moved to Tanzania for a year. That year drove me to finish the track."

Steeped in the tradition of lyrical hip-hop that was pioneered by acts such as Mos Def, Talib Kweli, and Common, this single sets the stage for the new Anthony OKS album, In The Garden. Harnessing the propulsive energy of his 2019 debut solo release, Take Time, In The Garden turns inward for some honest and present truth-telling.

The record's six songs dig deep into change, whether in the artist's personal life--the past year introduced him to 50 new family members in Nigeria and Sierra Leone--throughout his hometown of Winnipeg, and globally as the Black Lives Matter movement has grown into communities worldwide.

Anthony OKS is a switch hitter - he delivers on both head nodding slappers and introspective headphone tracks with equal force. Hustling both as a member of The Lytics and on his own, OKS dropped his first solo single, "Cadillac" (feat. Cadence Weapon), in 2018.

He has toured the world making music and performing for crowds of thousands at festivals such as Real Love Summer Fest, and Bastid's BBQ, and at the Varit Roppongi bar in Japan.

Known as a member of the illustrious rap group, The Lytics, OKS has also collaborated with Canadian hip-hop legend Cadence Weapon and performed alongside Grand Analog and Shad.