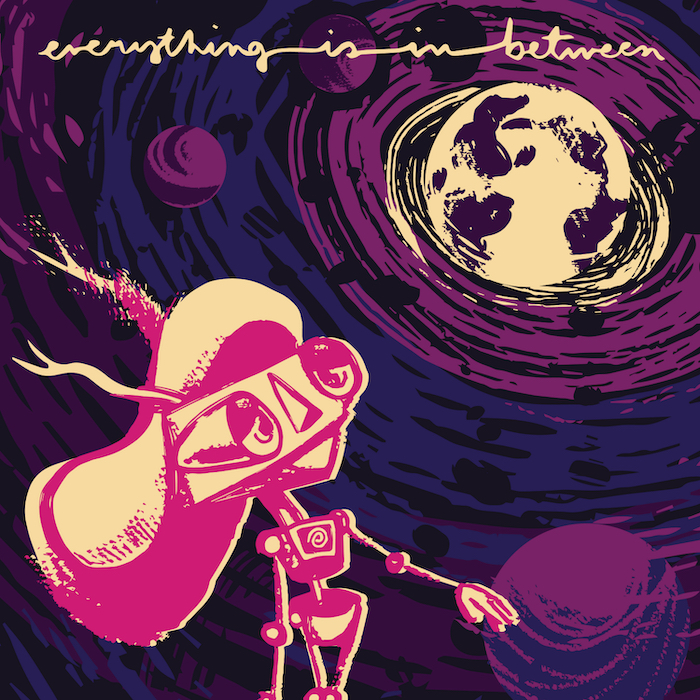 Pihka Is My Name - Everything Is In Between

Pihka Is My Name is a Helsinki-based collective combining epic electronic music and thought-provoking animation. It is fronted by an abandoned imaginary friend called Pihka. She sets off on an adventure on her own, meets this planet's people and sees that they have a very apparent climate emergency in their hands.

Pihka Is My Name started in 2017 as a collaboration between music producers Henna Helasvuo and Lasse Turunen. Prior to this they have made 3 albums together as a part of pop group Pihka ja myrsky, but since then gravitated towards a more electronic, sound-design-based output. Turunen is mostly responsible for the sounds, beats and engineering, Helasvuo for the harmonies, keyboards and orchestrations.

Turunen states: "We've been getting a bit fed up of the vocal taking so much space in a pop production. I think we're both much more interested in a beautiful music than songs at the moment".

"We do like vocals to be a part of our sound because a musician's own voice tends to breathe a lot of personality into a production. But we like to think of our vocals as only an instrument among other instruments, instead of it taking all the attention", continues Helasvuo.

The group's first single came out in early 2020, and on March 26 2021 it is time for a debut album. The album is called 'Everything Is In Between' and it is about the beginning of Pihka's story.

"We don't want to be too precise about how the story goes. We decided to leave a lot of space for the listeners' own imagination", explains Helasvuo.

Turunen gets excited: "This record is an Escapist Storybook for Adults! Dim the lights, put on your headphones and dive in on an adventure. Or take a walk in the nature and have a dance on your own. If someone thinks you're nuts it's their problem."

"And when the covid restrictions can be lifted we'll come to your town and play a live Pihka show where everyone can be as nuts as they like", promises Helasvuo.

Visuals are a very important part of Pihka Is My Name's music. The first two music videos were animated by other professionals, but since the third video 'Little Bubbles' the group has taken their visuals in their own hands.

Turunen says about the learning process: "Covid certainly forced a lot of free time on our hands, so I decided to learn 3D animation. It had been a longtime dream of mine anyway. I had a great start with our Pihka character, whose looks have been designed by a superb illustrator, our friend Elli Maanpää."

Material from Pihka Is My Name's music videos can also be used extensively on the group's live visuals. Helasvuo edits it into smaller clips that are then synced to a drum machine. "It's super fun and creative to combine and layer styles from 3 different animators. I've found all kinds of patterns and new meanings in the material and I enjoy it immensely."