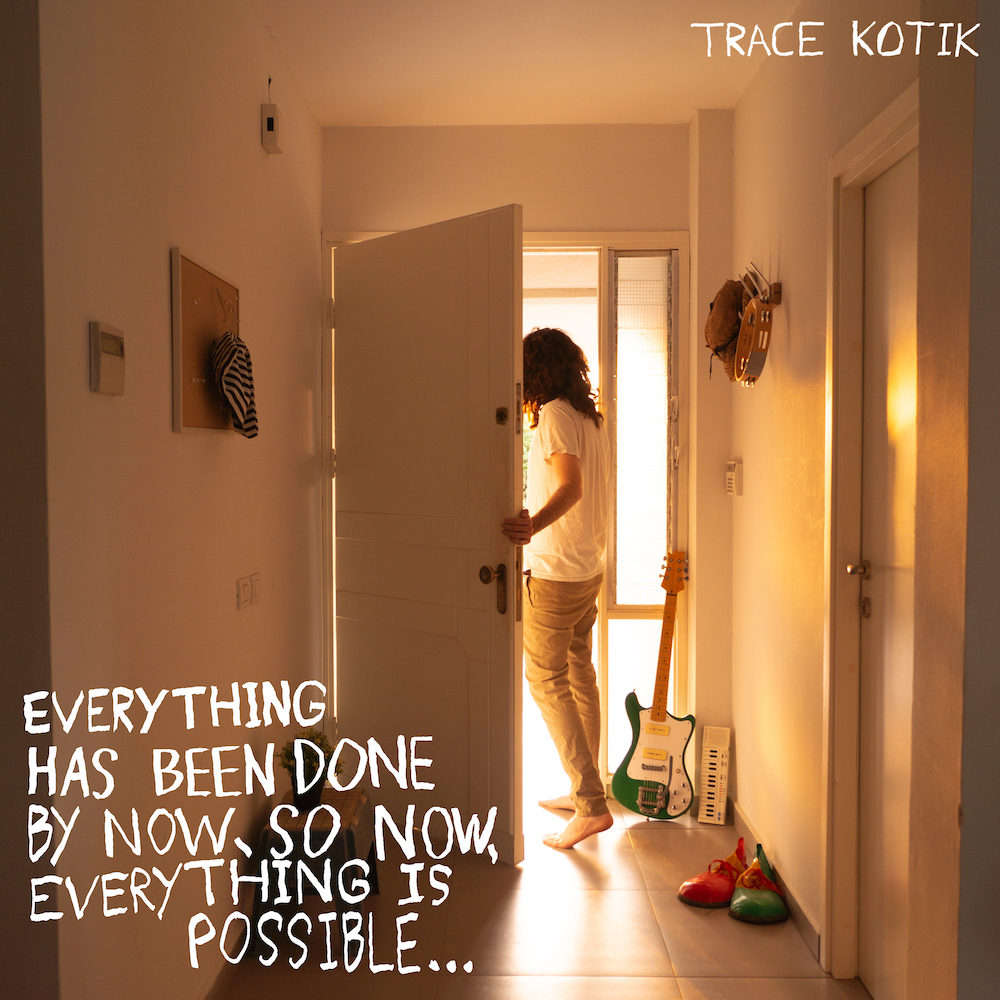 Trace Kotik - Everything Has Been Done by Now, so Now, Everything Is Possible ...

Shortened name - "Everything has been done by now so now everything is possible..."

Full Name - "Everything has been done by now, so now, everything is possible. With this in mind, and the perception that anyone can know anything with a slide of a finger. This is the longest title I could think of, Trump was president for god's sake, and I dream of America, maybe it's because of the fiction of the American dream, or maybe everything is fiction, and nobody knows anything, although we all learn all the time, and time is accelerating itself all the time, and the tipping point of singularity is supposed to happen in 2045, and global warming is real as hell. This is scary, this is exciting, this is terrible, this is amazing, constant conflict, order In disorder, discombobulated notes As an art form, or not really, but maybe, just maybe, this will be enough for now. No, not yet, there are still things that haven't been said, things that have never been done, saving planets, new species, loving each other for no reason, being a billion as one, minerals we haven't found, seven elements that we are not aware of. When the time comes, eat fake meat to stop the slaughter, buy new cyborg wings if you can afford it since flying is supreme, read my mind and I'll read yours, super powers could be awesome and homo-deus might have some, we will probably be updated in some sort of way through the years and we might need to fight in and then we'll relapse, or maybe not, no one truly knows what will happen. I find this exhausting, you'll find this exciting, embark on a journey that no one knew that needs to happen, find reassurance in daily acts. Think before you react."

Is the debut album of Trace Kotik, a singer-songwriter/producer from the countryside of israel, 9 songs about former loves, chaos, existential questions and hope. a maximalist project with production style that you could see as if it was made by a mad genius or a really hyped up child, somewhat both, somewhat neither. It is a coherent piece, vastly sounding with much information and sharp words, that sounds similar to what we know yet is entirely refreshing.