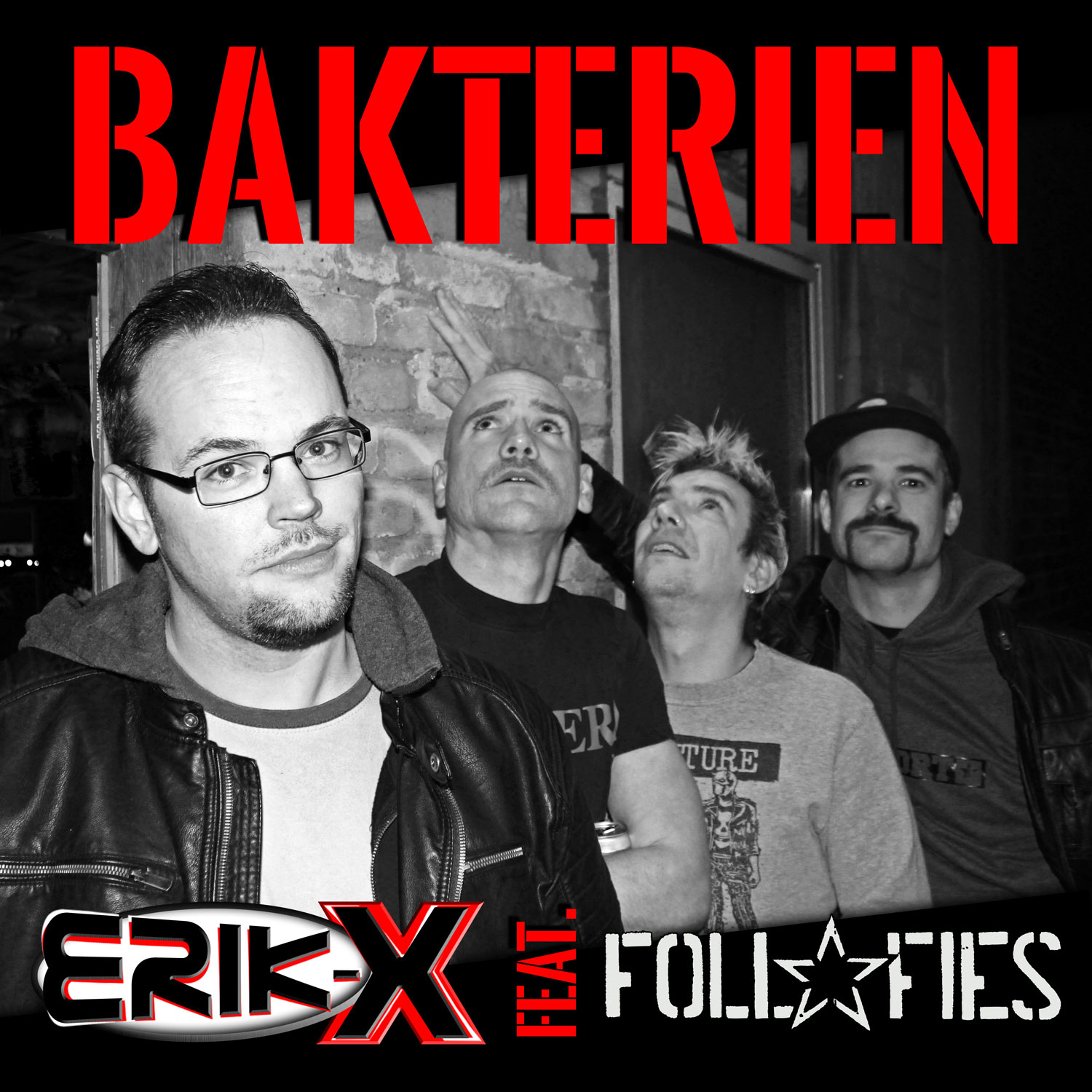 Erik-X got the idea for the Song ,,Bakterien" already back in 2012. In his first version, which was exclusively releases on YouTube on October 24th, 2021, he used some of the the original recordings from back in 2012. When the punk band FOLL FIES from Kiel contacted him and asked to play a song together, they decide very fast to go back into the studio to record an new 2022 version of this track.

Probably Erik-X got a little bit of notoriety in his hometown Kiel. The three punk's of FOLL FIES had listen to one of his albums few years back and wanted to ask him for a cooperation. In the summer 2022 they sent him an inquiry on Instagram. Erik was hesitate, because he makes only rap/pop, so he was not sure, if punk would be the right music for him. So FOLL FIES invite Erik-X for the first meeting in their practice room and they realize immediately, that the combination works. After only three rehearsals the four musicians Moe, Dörix, Andy Fies and Erik-X were agree, they are ready for the recordings.