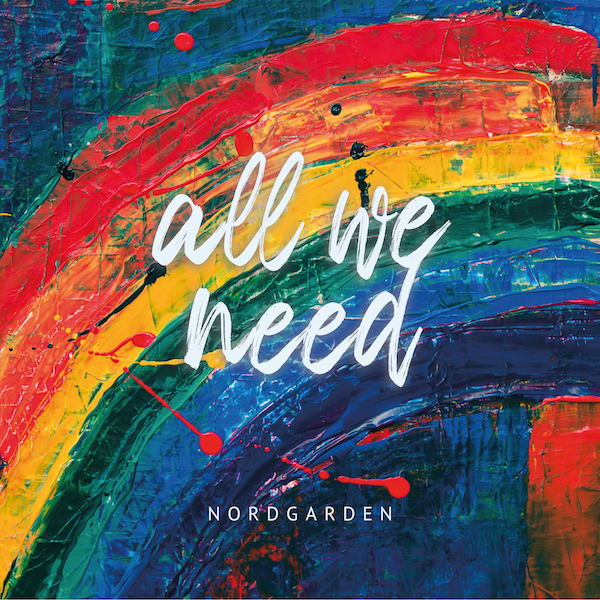 «All We Need» is the new Nordgarden-album due to release on October 28th. The album was recorded in the epic Athletic Sound Studio in Halden, Norway. It was mixed and produced by Norwegian super-producer Bjarne Stensli which has worked with major artists like A-HA and Madrugada.
One of the main ideas of the new album was to explore new sound scapes by building layers of synths and guitars creating a bigger sound. The work has resulted in nine songs inspired by artists such as Wilco, the Band, Coldplay and Bon Iver.
Nordgarden has collaborated with Norwegian-English songwriters such as Claudia Scott, Shaun Bartlett and Egil Clausen - enabling a rich repertoire of songs spanning from beautiful ballads to driving rock songs. The single «Last Breath» was released last year and received more than 2000 airplays on major radios such as SWR 1 and NDR 2 in Germany and Virgin Radio in Italy.

Nordgarden is a Norwegian artist and songwriter originally from Hamar. He lived 10 years in Italy where he signed his first record deal with StoutMusic/ Audioglobe and debuted in 2003. Since then he has played more than 1100 concerts all around Europe and the US. He has opened up concerts for legendary Norwegian act AHA and played the Royal Albert Hall in 2019 together with Norwegian acts Knut Reiersrud, Amund Maarud and Bjørn Berge. He has released seven studio albums and one live album from Dresden, Germany. Norwegian journalist Stein Ostboe at VG once wrote about him as «The closest a new Norwegian artist has come the timeless qualities of Ryan Adams».