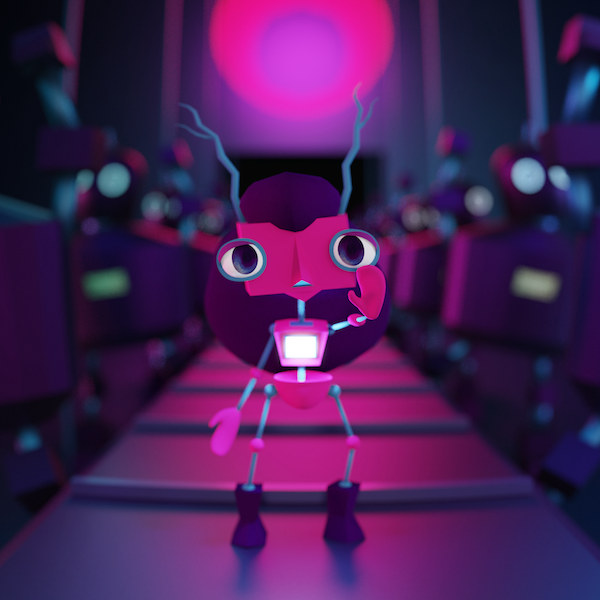 Pihka Is My Name - Algorithm and Blues

Pihka Is My Name's new single 'Algorithm and Blues' makes you dance to a cello and builds up excitement to the upcoming debut album 'Everything Is In Between'.

Pihka Is My Name is a Helsinki-based electronic music collective fronted by an animation character. She is an abandoned imaginary friend who sets off on an adventure on her own.

Algorithm and Blues is once again written and produced by Henna Helasvuo and Lasse Turunen. They have been working on Pihka Is My Name since 2017, so far creating around 30 tracks. While going through the material for an album, Helasvuo remembers that Algorithm and Blues really stood out: "analogue electronics, live cello and piano, a combination that pretty much defines the sound we're excited about at the moment! This piece also has a catchy beat, so I think it makes for a great single."

Visuals are an inseparable part of Pihka Is My Name's music. With previous music videos the band recruited professional animation artists, but the Covid-caused extra free time gave Turunen the chance to learn animation himself.

"I'm using this sort of 3D technique to make a video trilogy, of which Algorithm and Blues is the second part. Little Bubbles started it, and the final part will coincide with our album release in March 2021", Turunen explains. "It has been great fun to immerse myself into a different art form for a change. It has also given me fresh musical ideas."

Algorithm and Blues has a single line of text: "Algorithm and blues / All over the news". Originally the song didn't have a lyric, but during the mixing stage Turunen and Helasvuo came up with the need to have a vocal hook.

"Of course we are worried about the direction Social Media drives humanity. Algorithms only make us see what we want to see, which eventually creates a very fertile ground for all kinds of wacky conspiracy theories", says Turunen. "It's often scary, but once in a while very healthy to look outside your own little bubble."