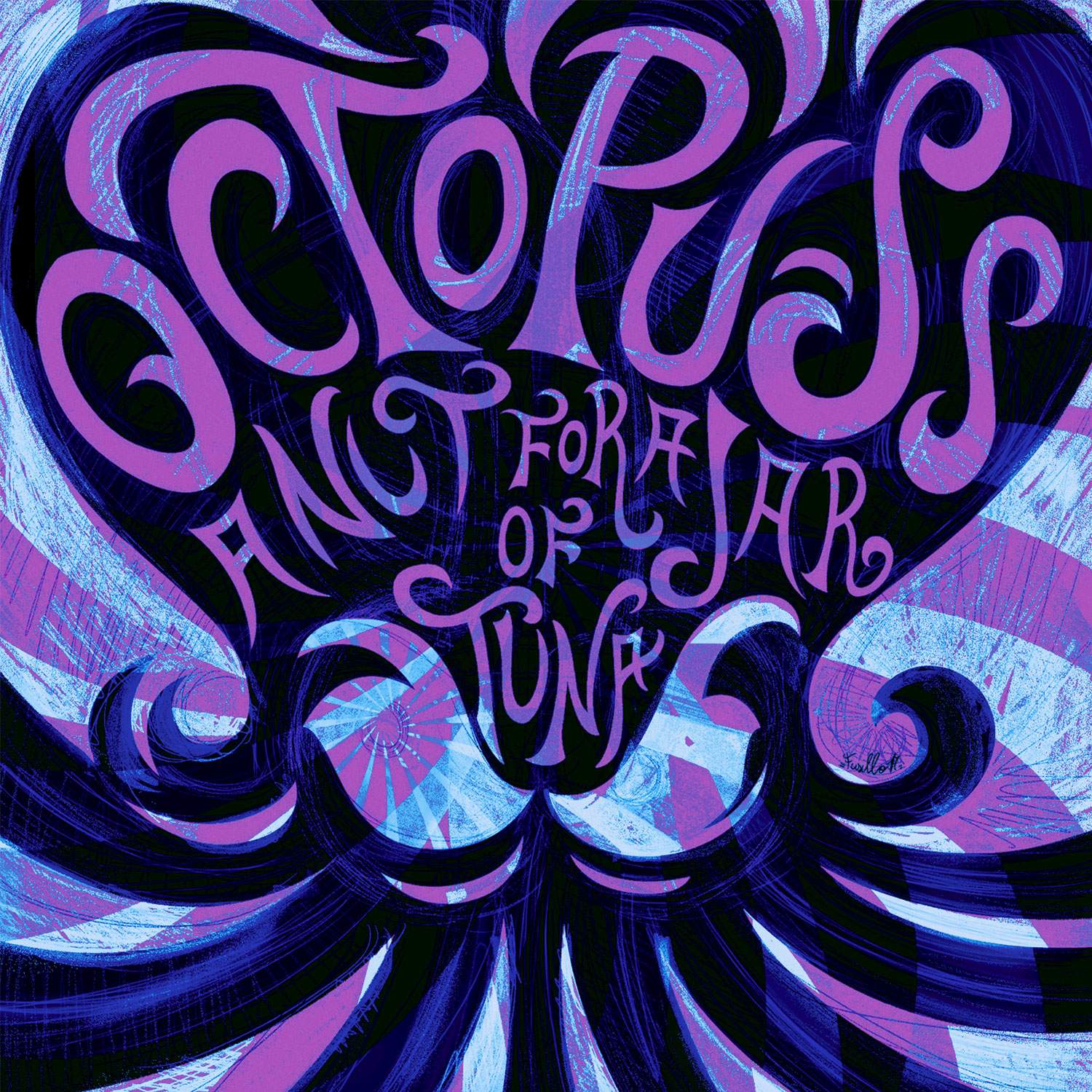 Octopuss - A NUT FOR A JAR OF TUNA

"A NUT FOR A JAR OF TUNA" is the highly anticipated album from Octopuss, recorded at legendary SHANGRI-LA Studios, Malibu, California, produced and mixed by Octopuss and multiplatinum producer Gary Miller (David Bowie, Simply Red, Slash & Fergie, Andrea Bocelli, Lionel Ritchie, Donna Summer, Girls Aloud, Cheyenne, Bananarama, Kylie Minogue, ... ), whose release sets off the band's long-awaited return to the European music scene.
Octopuss are an Italian power funk rock trio of mind-blowing impact, with international relevance, composed by Reepo (guitar and vocal), Garrincha (bass - founder of the Italian multiplatinum band "Le Vibrazioni") and Nick Turri, replacing the former drummer Luca Capasso. The band's musical style, influenced by bands such as The Jimi Hendrix Experience, Red Hot Chili Peppers and The Beatles, consists of rock with an emphasis on funk.
Beside being one of the few European independent bands which can count about a thousand of shows held in 3 continents, Europe, North America and Asia, with tours in the U.S., U.K., Europe, and 10 outstanding tours in China, having opened for big international acts as Deep Purple and Scorpions, having become the European band more significantly active and present in China, invited to perform at the most prestigious Asian Music Festivals in front of hundreds of thousand fans and at main Television Networks reaching over 70 millions viewers in the Big China, and having been awarded by Beijing's "University of Science and Technology" for their cultural exchange activities between Europe and China, Octopuss have gained with this album a world class production, recording at one of the most iconic and famous studio worldwide.
Just with the help of "buzzing" around the hot performances held in California during their previous US tours (including shows at famous venues as The Viper Room and The Cat Club, in Hollywood), Octopuss have moved to Los Angeles and have been invited to legendary Shangri-La Studios, located in Malibu, by Beej Chaney (singer/guitarist from "The Suburbs") - who was both impressed and fascinated with the Italian band's unique sound, he called "so tight!"- for the recording sessions of their highly anticipated new album "A Nut For A Jar of Tuna".
The Shangri-La Studios definitely represent a milestone of Rock music's history: converted to a recording studio to precise specifications of Bob Dylan and "The Band" in the 1970s, location of Martin Scorsese's documentary "The Last Waltz", this studio has a peerless list of artists recorded such as Eric Clapton, Keith Richards, Crosby, Stills & Nash, Mark Knopfler, Black Sabbath, Carlos Santana, ZZ Top, Metallica, U2, Red Hot Chili Peppers, Muse, Lady Gaga, Eminem, Ed Sheeran, Adele, ... and recently the Italian act "Jovanotti" with the production of currently studio's owner Rick Rubin.
The Octopuss's recording sessions have begun with the production of multiplatinum British producer Gary Miller, with the collaboration of Beej Chaney and Eric Lynn (sound engineer: Eminem's The Marshall Mathers LP 2's, Metallica's "St. Anger", Ed Sheeran's "Don't", ZZ Top's "La Futura", ...). The band's music performances have been tracked totally live, playing together in the same room (the huge Shangri-La's studio A room), except for some few instrumental overdubs and voices' trackings.
The album consists of 11 songs, with variegated influences from U.S. rock and groovy funk scene, but also from some British vintage Rock's hits. The classic "power trio" line-up of guitar, bass and drums produces a captivating style consist in a modern blending that sits somewhere between Red Hot Chili Peppers and The Jimi Hendrix Experience, with a vintage hint of "Motown" sound too, mixed together with some influences from icons as "The Beatles" and even Frank Zappa. The lyrics are all written in English, except for the cover of famous Italian hit "Eri Piccola Così !", written by Fred Buscaglione, whose lyrics are in Italian: the band will release this tune as bonus track in the vinyl version of the album only. The record, already released within Asian territories, is soon to be released in Europe for Freecom/ZdB.