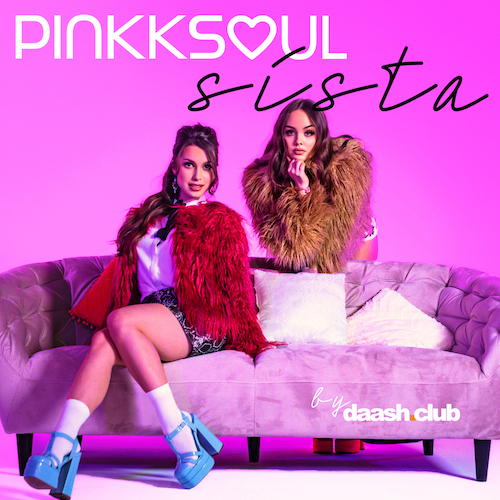 Pinkksoul are Yana and Veronica, two 19-year-old girls from Munich which are releasing their debut single ,,Sista" on the label Optical Records / Kontor New Media. "Sista" is an upbeat Pop/RnB song of 2:42 minutes. The song was produced by daash.club. It was inspired by old Motown styles, but the track's modern good-time feeling is shaped by the distinctive voices of Yana and Veronica.

Pinkksoul: "SISTA for us is an empowerment song, as it represents us ladies standing for each other, regardless of any adversities women face worldwide. It's about finding love and living life to it's fullest. The line "I'm made to love and party" describes exactly that. When we sing the song, we feel strong and empowered like sisters, and want to invite and encourage all the girls around the world listening to this song to be a part of our sisterhood!"
The song was produced in the pandemic, the message of the track being the yearning for love and life again.

The song will be released out with 2 outstanding music videos. Both were filmed in Munich studios and are based on the girls' fashion, choreo and color ideas.