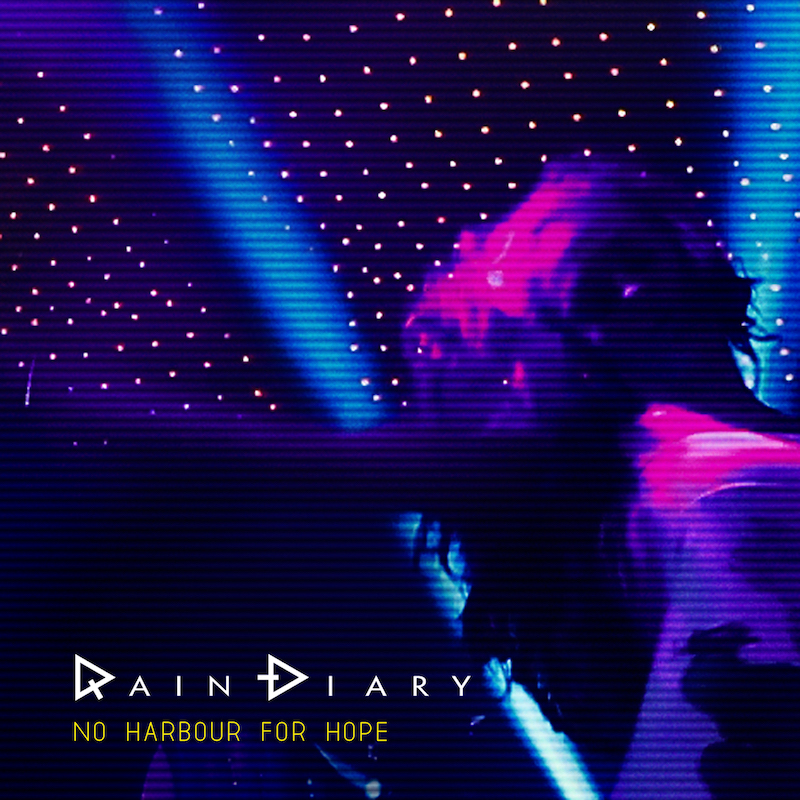 Rain Diary is a Finnish dark wave band that plays urban gothic pop tunes. The band bears characteristic sound that hails to the "golden era of Finnish dark music scene": Charismatic vocals laid on melancholic musical texture. That said, Rain Diary brings a whole another dimension into the mood and color that has been labeled to the most Finnish bands: Drumming electronics, yet fragile interpretation, loud and restless city noises and the silence of the ever green forests. Rain Diary sounds nothing but itself. The new wave of Finnish darkwave is called #winterwave.

The single itself - No Harbour For Hope - is an echo from first album - The Lights Are Violent Here - that was released in Germany on April 2014. The single is accompanied with two remixes from the artists Sorros and Moonbone. No Harbour For Hope is by no means "the obvious" choice for a single on this extremely fast-paced time. Quite opposite, the song has a soothing and calm atmosphere that is something you don't expect to hear in the radios. And there's the trick: When you do here it you wish that the radio playlists would be something else than a mere upbeat ready-chewed pop.

No Harbour For Hope was destined to be released as a single already on 2013 to back the album release in Finland but got delayed due to the music video production problems. Instead, the band released the single Shame that got a warm welcome in the Finnish and German medias. It took almost three years to get the video finished but now it's here: Like Rain Diary's music the video embraces the polarity between the tune and the picture. The video stars professional dancer Anna Peltola and is shot in Tampere and in Berlin.

The video is directed by a well-known Finnish director Juha Lankinen whose known from the music videos to the biggest Finnish artist like Cheek, Brädi, Jonna Tervomaa, Anna Puu, Mikko Sipola (the 1st Voice of Finland winner) just to name the few.