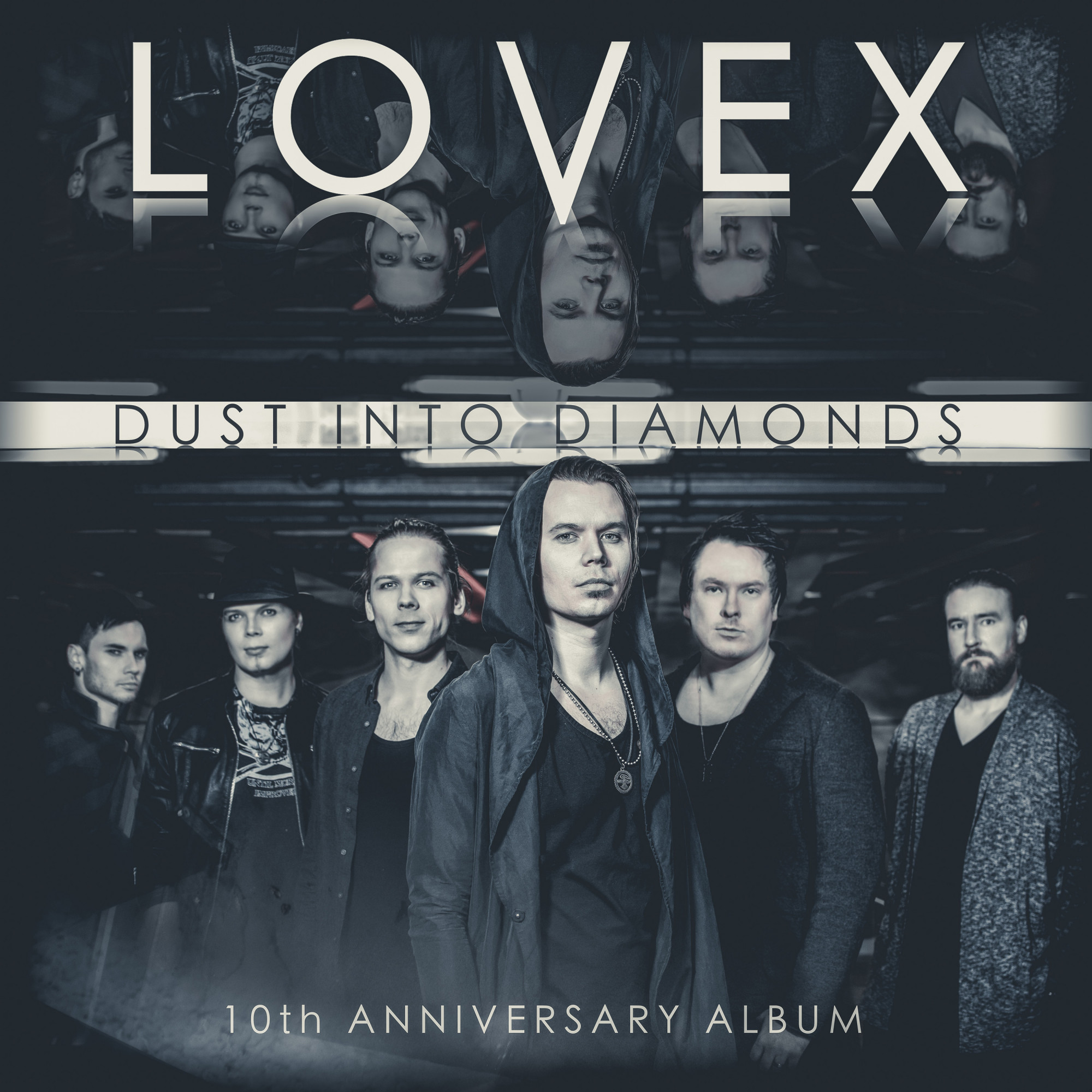 This Finnish band LOVEX, based in Tampere, released their debut album back in 2006. "Divine Insanity" became Gold record in Finland. Each of the five released singles debuted on the Finnish charts in the Top #3, with ,,Guardian Angel" going as high as #1. The album was released in Germany shortly after, where the album debuting at #20 on the German album charts and ,,Guardian Angel" at #22 on the German singles charts.

2008 LOVEX released their second album, "Pretend or Surrender", with the album's first single, "Take A Shot". The song becoming one of the most played radio singles in Finland ever from a national band. ,,Take A Shot" was followed up by "Turn" which was also a favourite among radio stations.

Studio album number three, "Watch Out" came out in May 2011. The album charted in the Top #10 in Finland with the three singles, "Slave For the Glory", "U.S.A." and "Watch Out" all going into the Top #10 of the radio play charts.

The 4th album "State of Mind", was released in August 2013. The album was created around songs and it became a diverse LOVEX album venturing more into pop music. "Action", "Don Juan" and "Miracle" had substantial airplay and the album was #1 on Finnish music magazine Rumba's album list on it's release week.

Now, in 2017, LOVEX is celebrating their ten's year commercial career by releasing their first anniversary release.
Half of the upcoming album consists the most famous LOVEX songs through the years and the other half is new, never before released music including the new tracks and singles like "Dust Into Diamonds", "Fight back" and "The Game".
All new songs are produced by the band's keyboard player Christian and co-produced by Juka from Jiffel Studio which also produced the 3rd and 4th albums. The new songs are mixed by Jesse Vainio (Sunrise Avenue, Poets of the Fall) and mastered by Svante Forsbäck (Rammstein, Volbeat). The band is also planning a European tour for the second half of 2017.

Lovex has sold over 100 000 albums worldwide, played over 350 concerts around the world and did five big tours in Europe, like Germany, Switzerland, Austria, Czech. The band has also visited twice in Russia and in Japan.