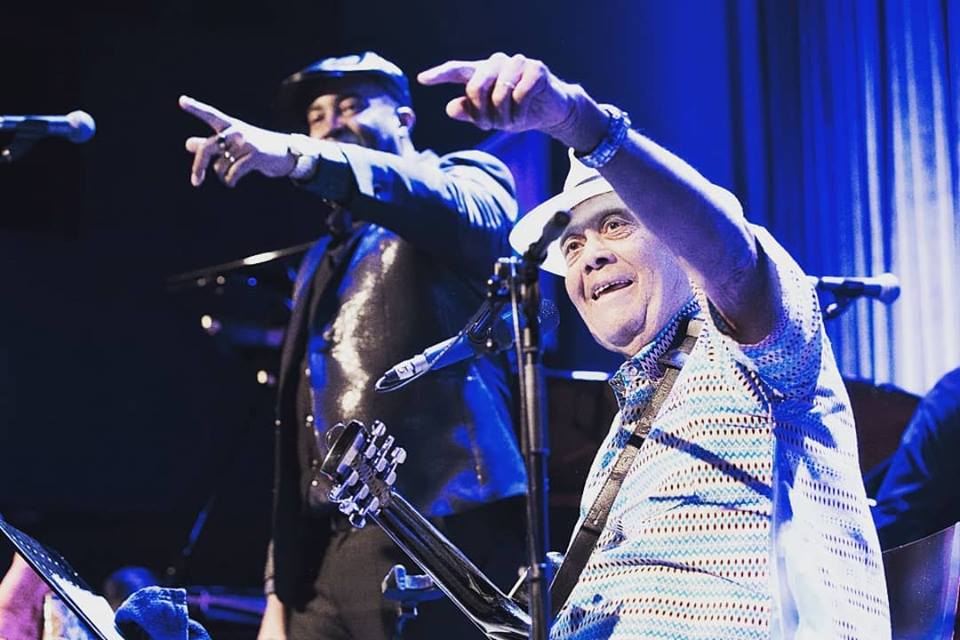 Rey Cabrere is one of the last ambassadors of this lovely Cuban music, mastering the tres with a special enchanting voice.
Rey Cabrera was born in Santiago de Cuba. He grew up with the traditional Cuban sounds of "musica campesina" as well as the son. Rey is a master of the tres, a typical Cuban guitar, with 3x2 strings. He took part in several big projects with great Cuban musicians; he grew up with Eliades Ochoa and Benito Suarez. As director of the Trinchera Agraria Orchestra, he was the host of a radio show at CMKC radio, as well as of a TV show on Telerebelde.

For more than 20 years, Rey played with Maria Ochoa as director of the Corazon de Son orchestra. In 2000, along with Maria and the orchestra, he started his first world tour, which took him to the Montreux Jazz Festival in Switzerland and to the North Sea Jazz in South Africa. He also played in the Netherlands, in the UK, and in Belgium.

He recorded his first album entitled "Color Cuba" in 2007, a mixture of son, danzon, and rumba. This was signed by AMC Records and distributed by Universal and "CUBEL SON" (2011). Rey has now formed his new band with his Cuban musicians, Rey Cabrera y sus Amigos. When performing, Rey introduces his album called "CONTROVERSIA" (2014). This embodies a real tribute to Cuba as well as to Belgium, where he now lives, and to one of his main styles, the son.

Rey is one of the last ambassadors of this lovely Cuban music, mastering the tres with a special enchanting voice. Through his show, he invites us to discover his legacy, leading us to an amazing imaginary travel to the son, the changui, and the cha cha cha.