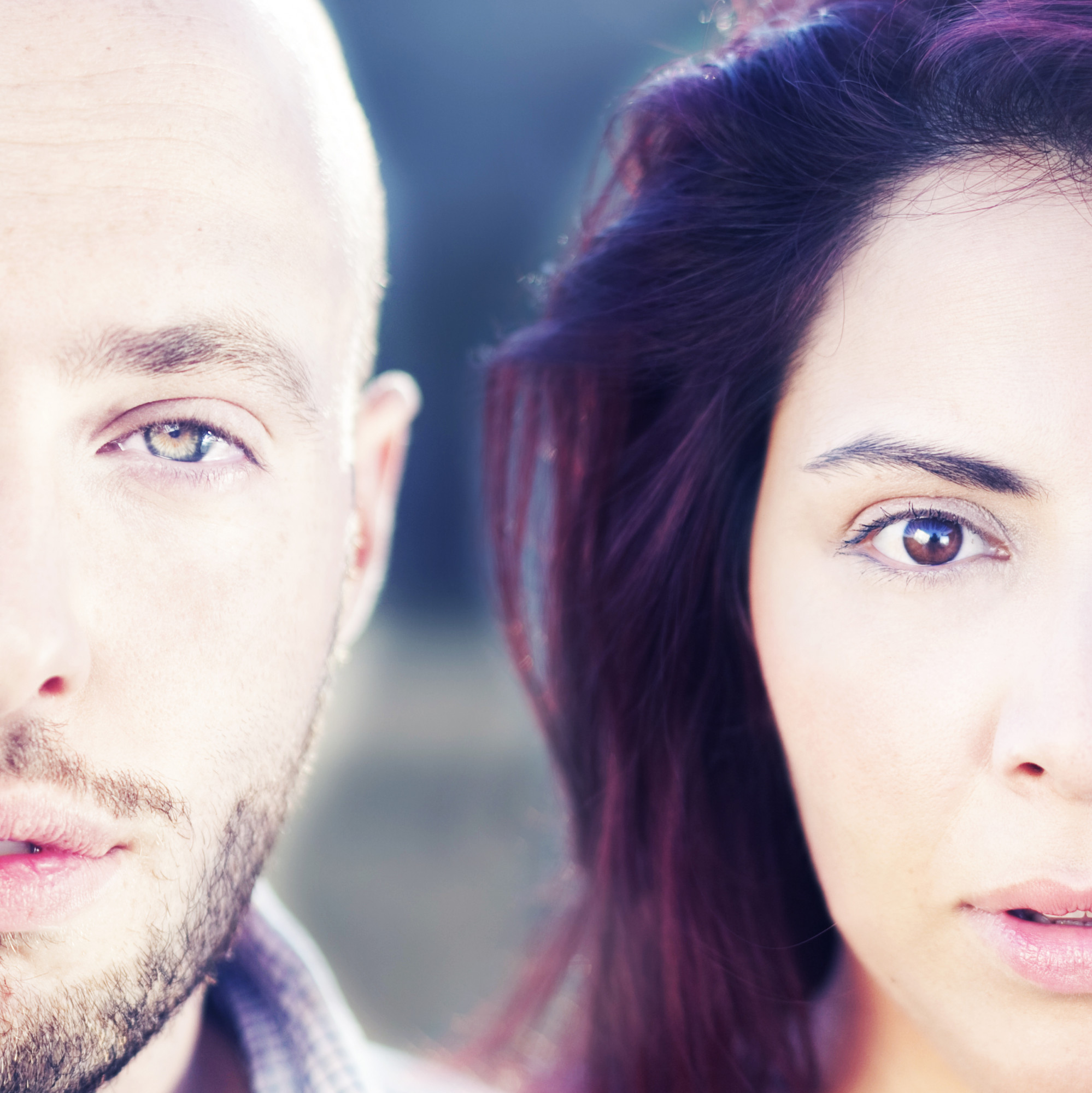 Netta Nimrodi and Arie Burshtein a.k.a. Amber Revival, two singer/songwriters/producers and lovers based currently in Berlin. Writing in many different genres such as Rock, Pop, EDM,
K-POP and for different artists, themselves included, Netta & Arie are what many would call "Professional Multi-Taskers".

"We have many projects, always happening at the same time and every single note and word in a song is a part of our soul. We always fall in love with the songs and artists we work with, we couldn't make music any other way." - Netta & Arie

Netta, born and raised in Jerusalem, Israel. She knew how to read notes before reading books and has always kept busy singing or playing an instrument. Netta has a Bachelor degree in Multi-Disciplinal Music, majoring in Vocals, from the Jerusalem Academy of Music and Dance.

Arie, born in Munich, Germany. Being a hyperactive kid, Arie was never able to stick to one instrument, which made his parents think that he was just not musician material. It was only when he joined a band in high-school that Arie understood what it was he loved doing most... writing songs. Arie also has a Bachelor degree in Multi-Disciplinal Music, majoring in Vocals, from the Jerusalem Academy of Music and Dance.

Netta and Arie met while working at a CD-store, Netta being the manager. They would spend hours talking about music and production, quite soon also confessing their love for songwriting and of course.. one another. They began writing songs together and found that they completed each other in almost every way, which has only grown since then.

Throughout the years Netta and Arie have written, arranged, composed, produced and performed for and with a wide spectrum of artists/ensembles. They began their journey singing their songs as "Towers" in small local clubs in their hometown Jerusalem, to playing open-air festivals and arenas to crowds of thousands all over Israel with their 8-piece Funk-band "Department of Funk", continuing with their Germany tour of "HARD ROCK CAFES" with their Brit-Pop project called "Lion Tree" and even performed/arranged with the Israeli Chamber Orchestra.
Their latest alias on stage "Amber Revival" has already gained much success in the EDM world through supports from: Nicky Romero, Will Holland, Joop, Tritonal, Ben Gold and more.